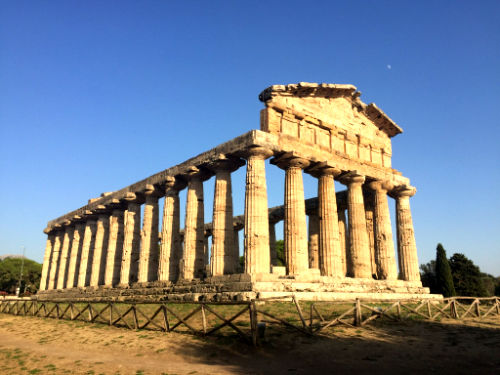 Paestum is a truly enchanting and atmospheric place, and a ‘must’ on any classical tour of Italy. Just south of the Sorrento peninsula and Amalfi Coast, and a mile inland, this is a haunting archaeological site where three Greek temples stand in the middle of the countryside. Paestum is listed as a UNESCO World Heritage Site.

The town of Poseidonia – later called Paestum – was built by Greek colonists from Sybaris, an earlier Greek city in southern Italy, in around 600BC. It grew and prospered and now has among the most extensive remains of Magna Graecia (Magna Grecia in Italian). In 410BC the town was conquered by the Lucanians, a native Italian people, then in 273BC the Romans took over, changed the name to Paestum and began their own building programme. As the Roman Empire collapsed, Paestum crumbled. Malaria and Saracen raids led to the near-abandonment of the town and the development of Capaccio, a safer hillside settlement. 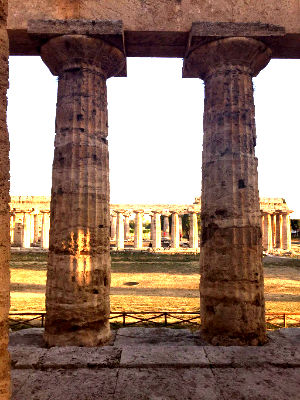 Paestum itself was pretty much forgotten. An information board outside the old church gives a poignant image of the locale as an abandoned wilderness frequented by brigands. Things changed with the eighteenth-century rediscovery of the temples by road-builders coupled with a revival of interest in antiquities and the visits of Grand Tourists and indefatigable travellers like Shelley and Goethe. The classical name Paestum was revived (though Capaccio is still the local authority). Nowadays most of the vanished city of Poseidonia-Paestum is hidden under agricultural land. The ancient city walls, constructed with massive stone blocks, encircle a large area of countryside, much of it unexcavated. Right in the middle is the archaeological zone open to the public, and a few later buildings housing small tourist businesses.

The archaeological site at Paestum covers a large area and takes as much as two hours to explore thoroughly. A street runs along the railings outside the site and here, in the middle of surprisingly rural surroundings, you’ll find a busy little row of souvenir shops and several bars with outside tables serving drinks, rolls, ice creams and snacks. For more filling evening meals, you can walk further along the road to find a pizzeria and – on Via Tavernelle – a couple of restaurants including the Granaio dei Casabella hotel/restaurant where we ate and slept.

The cluster of buildings near the excavations doesn’t have the size or atmosphere of a normal residential town or village, but there is one little square, where you’ll find the pretty and historic local church, a tourist information office, a cafe and a drinking-water fountain. And the early evening, when we visited, brought forth a typical Italian passeggiata, with families strolling along the street and chatting with friends. The museum is opposite the archaeological site and again it takes some time to tour it attentively. Some of the nicest features of Paestum are the surprises: a white peacock stalking over a field, roses blooming to evoke the past (ancient Paestum was famous for its roses), the stretches of picturesque large-blocked city wall. 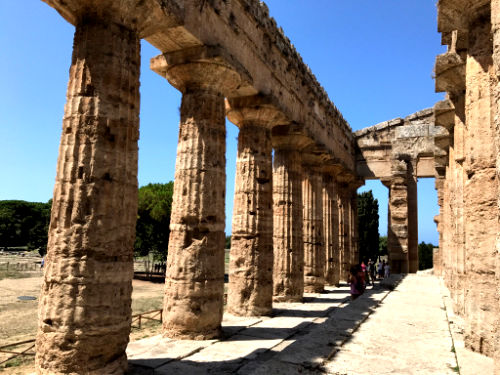 Although you can see the sights of Paestum in a day trip, the atmosphere is so magical and so peaceful that it really merits an overnight stay. We arrived in the early evening, saw the temples shimmering pink in the sunset, enjoyed a relaxing drink at a bar with views of the archaeological site, then had a fine meal at our hotel, where our bedroom window had a view of a temple illuminated in the dark. The next day we were able to explore the site in a leisurely fashion, visit the museum and eat lunch before catching the train onwards. Although seasoned travellers, we found Paestum to be a really special and memorable experience.

If you are staying longer, and have a car, you will find other interesting ruins and another museum within easy reach of Paestum. The Heraion, a Sanctuary of Hera, by the mouth of the river Sele, dates to the sixth century BC and has its own museum (limited opening hours), though many of the local finds are in the main Paestum museum. Paestum’s UNESCO listing incorporates the National Park of the Cilento, the ruins of the Greek city of Elea/Velia, and the Certosa (Charterhouse) at Padula, and these make good starting-points for a visitor exploring the area. 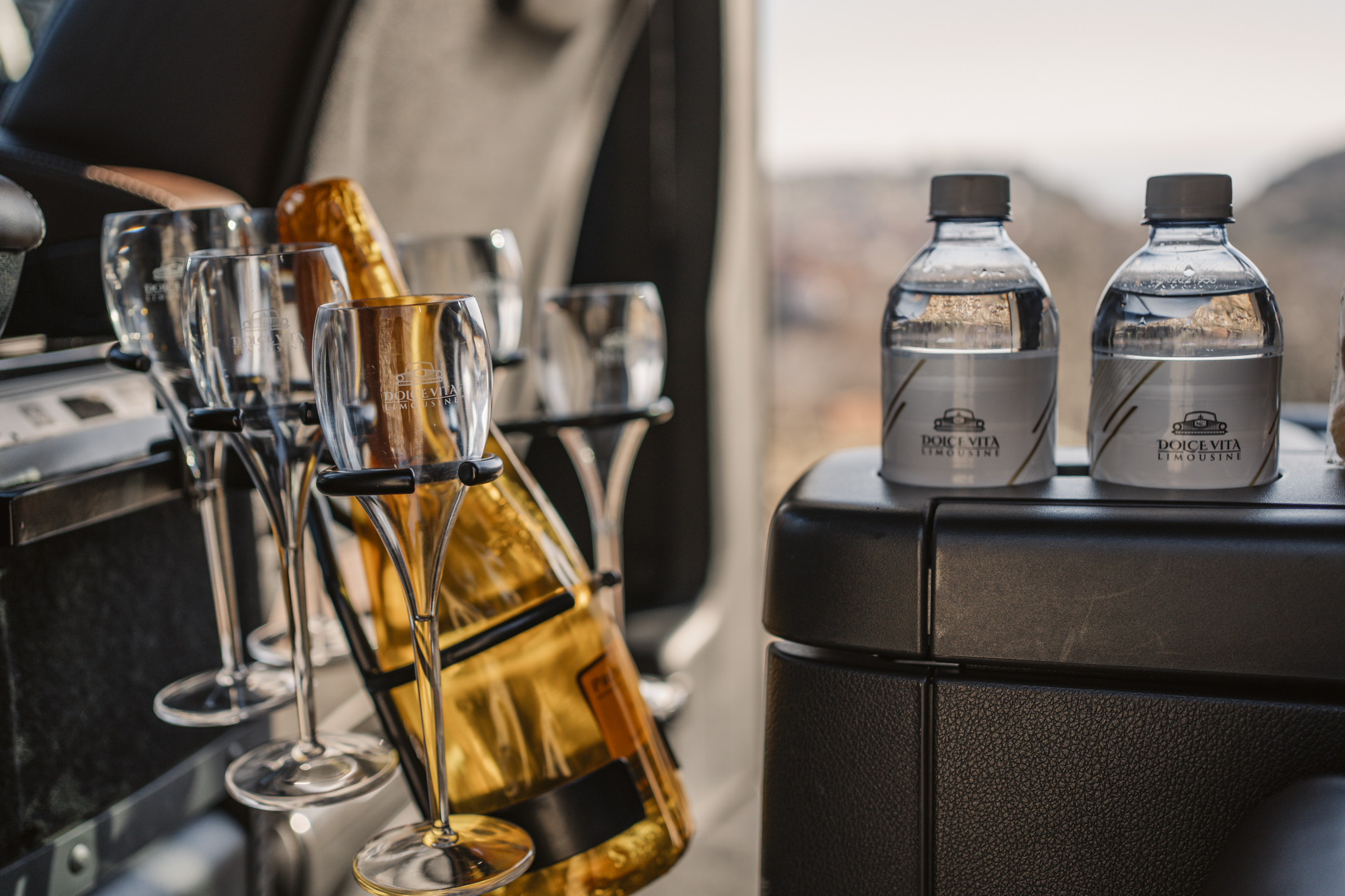