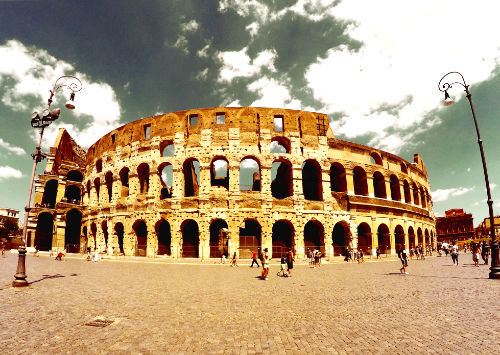 Rome tours with Dolce Vita Limousine are unforgettable, Rome has a lot of good places, on of the most famous is The Colosseum or Coliseum, also known as the Flavian Amphitheatre is an oval amphitheatre in the centre of the city of Rome, Italy. Built of concrete and sand, it is the largest amphitheatre ever built and is considered one of the greatest works of architecture and engineering.

Is situated just east of the Roman Forum. Construction began under the emperor Vespasian in 72 AD, and was completed in 80 AD under his successor and heir Titus. Further modifications were made during the reign of Domitian these three emperors are known as the Flavian dynasty, and the amphitheatre was named in Latin for its association with their family name (Flavius).

An impressive – if rather confusing – sprawl of ruins, the Roman Forum was ancient Rome’s showpiece centre, a grandiose district of temples, basilicas and vibrant public spaces. The site, which was originally an Etruscan burial ground, was first developed in the 7th century BC, growing over time to become the social, political and commercial hub of the Roman empire. Landmark sights include the Arco di Settimio Severo, the Curia, and the Casa delle Vestali. 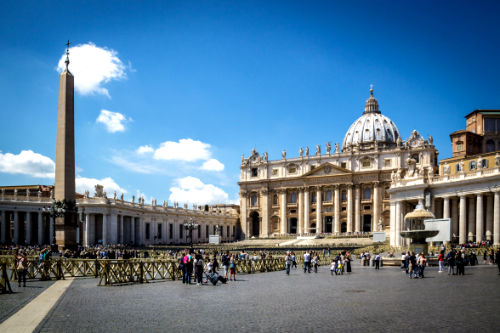 Like many of Rome’s great urban developments, the Forum fell into disrepair after the fall of the Roman Empire until eventually it was used as pasture land. In the Middle Ages it was known as the Campo Vaccino (‘Cow Field’) and extensively plundered for its stone and marble. The area was systematically excavated in the 18th and 19th centuries, and excavations continue to this day.

Sandwiched between the Roman Forum and the Circo Massimo, the Palatino (Palatine Hill) is an atmospheric area of towering pine trees, majestic ruins and memorable views. It was here that Romulus supposedly founded the city in 753 BC and Rome’s emperors lived in unabashed luxury. Look out for the stadio (stadium), the ruins of the Domus Flavia (imperial palace), and grandstand views over the Roman Forum from the Orti Farnesiani. 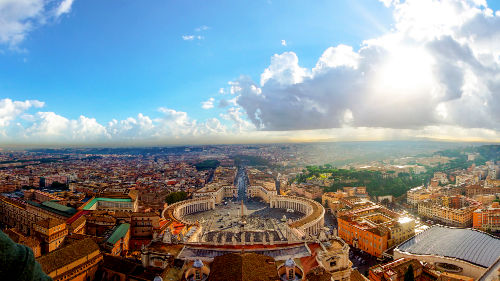 Roman myth holds that Romulus established Rome on the Palatino after he’d killed his twin Remus in a fit of anger. Archaeological evidence clearly can’t prove this, but it has dated human habitation here to the 8th century BC.

A striking 2000-year-old temple, now a church, the Pantheon is the best preserved of Rome’s ancient monuments and one of the most influential buildings in the Western world. Built by Hadrian over Marcus Agrippa’s earlier 27 BC temple, it has stood since around AD 125, and although its greying, pockmarked exterior looks its age, it’s still a unique and exhilarating experience to pass through its vast bronze doors and gaze up at the largest unreinforced concrete dome ever built.

For centuries the inscription under the pediment – ‘M:AGRIPPA.L.F.COS.TERTIUM.FECIT’ or ‘Marcus Agrippa, son of Lucius, consul for the third time built this’ – led scholars to think that the current building was Agrippa’s original temple. However, 19th-century excavations revealed traces of an earlier temple and historians realised that Hadrian had simply kept Agrippa’s original inscription. 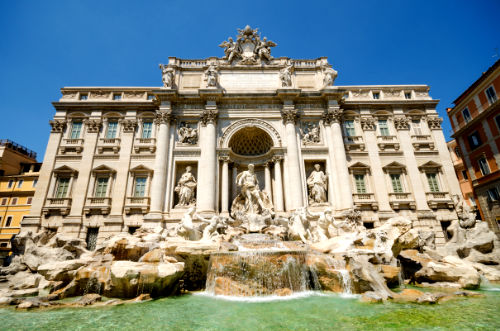 A magnet for visitors since the 18th century, the Spanish Steps (Scalinata della Trinità dei Monti) provide a perfect people-watching perch and you’ll almost certainly find yourself taking stock here at some point.

Piazza di Spagna was named after the Spanish Embassy to the Holy See, although the staircase, designed by the Italian Francesco de Sanctis and built in 1725 with a legacy from the French, leads to the French Chiesa della Trinità dei Monti.

The Fontana di Trevi, scene of Anita Ekberg’s dip in La Dolce Vita, is a flamboyant baroque ensemble of mythical figures and wild horses. It takes up the entire side of the 17th-century Palazzo Poli. A Fendi-sponsored restoration finished in 2015, and the fountain now gleams brighter than it has for years. The tradition is to toss a coin into the water, thus ensuring that you’ll return to Rome.